The Zoom ceiling: How remote work may be holding you back 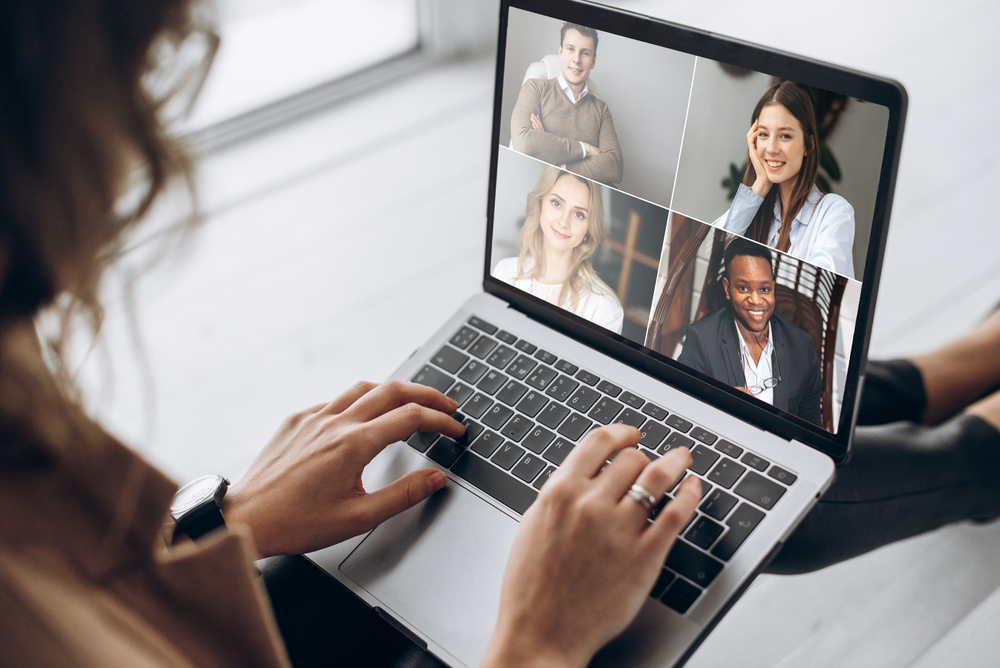 While being able to rock sweats and Garfield slippers along with our most professional button downs and blazers for the last two years has often felt like the stuff dreams are made of, we may be finding out that Zoom could be holding us back. For many, working from home, initially a quick reaction to pandemic stay-at-home orders, has become the preferred way to conduct their careers. And though remote work has benefits ranging from increased productivity to better work-life balance, one drawback is the relatively newly discovered “Zoom ceiling.”

This phenomenon describes an “out of sight, out of mind” effect that’s causing remote employees to get passed over for promotions and raises that are being awarded to their in-office coworkers. (According to a Stanford University study, promotion rates for remote workers were roughly half compared to those in office.) The term Zoom ceiling was coined by industrial-organizational psychologist Elora Voyles, people scientist at TINYpulse, who asserts it is the new glass ceiling for remote workers.

It should come as no surprise to find then, that the Zoom ceiling disproportionately impacts women and minorities, who are the groups most likely to choose remote work options. Frequently saddled with home and child care responsibilities, women view a return to in-office work less favorably than men. One 2021 survey found similar results from racial minorities as well, with Black, Asian and Hispanic respondents expressing a greater preference for flexibility in where they work compared to white respondents. Such findings illustrate a potential crisis brewing where the Zoom ceiling will likely hinder their possibilities for career advancement.

But now that you know the potential pitfalls of remote work on your career trajectory, there are ways to (virtually) circumnavigate them. Because so much of the issue comes down to visibility, you’ll have to get good at painting the picture. Put another way, your bosses aren’t able to see those extra hours you spent perfecting that presentation or putting the finishing touches on that report. So you’re just going to have to let them know! Tracking your time is important so you can relay progress on key initiatives, give real time updates on projects and talk with your manager and teammates about priorities. Make sure you’re scheduling regular 1:1s with your manager where you’re going over what you’ve accomplished and what you have on deck. Make sure that you’re on a regular schedule for performance evaluations as well – this will keep you focused on your game, and your manager will know you’re serious about maintaining strict standards of quality in your job.

Another way to remain top of mind, even when you’re out of office is to remain responsive during business hours. Remaining available via your company’s preferred communication channels as much as possible from 9 – 5 lets others know you’re a team player. And if you can fit in a little actual face time here and there, even better. Though certainly not a requirement, and it needn’t be on a regular basis, an occasional trip to the office can go a long way toward letting your team know you are invested and engaged.

Last but not least, go ahead and brag a bit! It may feel awkward to do, but no one else is going to tout your achievements for you. And a little tactful self-promotion may just be your most powerful weapon when it comes to shattering the Zoom ceiling. In addition to real-time updates on your accomplishments, consider keeping a log of your wins on a weekly basis, listing obstacles you faced, actions taken and results produced. Then you’ll be ready to go when it’s time for your performance review!

While the Zoom ceiling still looms, with some additional consideration from both workers and employers we may be able to lessen its impact. Here’s hoping that with visibility we can bring all workers, regardless of location, back to a level playing field.