Future-focused: The fastest growing jobs of the next decade 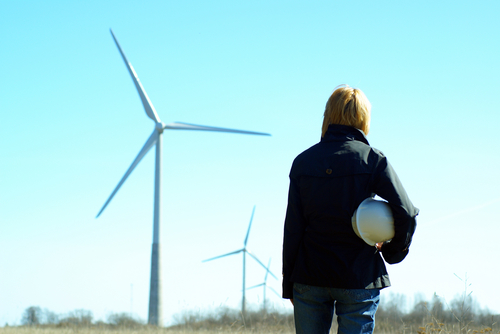 As disruptions in the labor market continue, the time has never been better for job seekers to consider what they want from their careers. The number of job openings remained at historically elevated levels as of December. The Labor Department’s Job Openings and Labor Turnover Summary (JOLTS) report showed vacancies across the U.S. totaled 10.925 million at the end of 2021. The report underscored ongoing tightness in the labor market, as it marked the seventh straight month with job openings landing well above the 10 million mark.

When the market is so heavily weighted in favor of job seekers, it makes sense to play the long game when it comes to making career decisions. The pandemic showed us the essential nature of many jobs, while also highlighting how many others can drastically shift or suddenly disappear. Job security tops the wish list for many career seekers, and a deliberate focus on a job’s growth potential is a good way to safeguard your career against future crises.

While overall, job growth is expected to remain somewhat stunted through the end of the current decade, there are some careers anticipated to only grow in demand. The Bureau of Labor Statistics (BLS), which measures labor market activity, working conditions, price changes, and productivity in the U.S. economy, has predicted the U.S. will add 11.9 million jobs through 2030, equaling an expected growth rate of 7.7% overall. And with that prediction, the BLS has shared their projections for the top ten fastest growing jobs through 2030.

Green energy takes two of the top three slots, with wind turbine service technicians nabbing the #1. As more homeowners and corporations begin to move away from fossil fuels toward more renewable power sources, jobs in wind and solar power become increasingly in demand. And that’s just the tip of the green iceberg. As federal infrastructure investment gains steam, the potential for more jobs in renewable energy is immensely promising.

Technology-based occupations like information security analysts and data scientists also anticipate growth as people continue to work from home and online. Companies expanding work-from-home options will require investment in more software and systems that enable productivity for remote teams, as well as an increased emphasis on protecting data and information online. Government and education entities specifically have been forced in the wake of the pandemic to upgrade their technology infrastructure to allow employees and students to effectively work online; maintaining and supporting those new systems will require qualified personnel. The healthcare sector has increased need for IT support as well, since the pandemic-driven spike in telehealth and remote patient monitoring.

Healthcare, as a sector, occupies half of the top ten slots on the BLS list. Though the pandemic has certainly created a large increase in short term demand for these roles, it isn’t expected to drive growth in the field over the long term. This outsized demand is being driven by a massive Baby Boomer population now entering their 60’s and 70’s, an age when people begin to more frequently consume healthcare services.

And now the bad news…

Equally important for jobseekers to consider are the occupations expected to experience the  most substantial decline. Of the list of BLS’s top 10 declining jobs, there is an outsized presence of office and administrative support, production of goods and services, as well as sales jobs. Automation is likely to play a large role in this anticipated decline.

Fortifying for the future

As the last two years have shown, safeguarding your career against the unexpected is more important than ever. The employment landscape shifted under our feet, though it’s far from the first time. From the agricultural jobs of the 19th century to the transportation and administration jobs that make up a large part of our current workforce, job demand moves at the pace of human innovation. With current developments in burgeoning areas of opportunity like tech and renewable energy, and a job market still heavily in favor of the job seeker, there’s never been a better time for building a career with maximum growth potential!