How many interviews is too many? 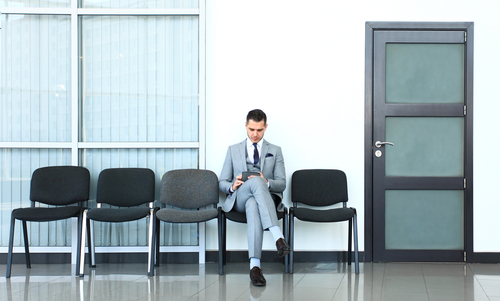 It’s every job seeker’s hope, after a successful first interview, to be asked back for a follow up conversation. A second interview, in which you might be able to meet additional team members, field deeper questions, or cover any topics not broached in your initial meeting, signifies a company’s genuine interest in moving forward with you as a candidate. A third (or even a fourth, depending on the role) interview could feel all the more promising, or give strong hints that an offer may be forthcoming. But what if, instead of the offer you were hoping for, you receive a request to come in for yet another interview? And another after that?

It may sound dramatic, but recently people have begun sharing their experiences with protracted interview processes involving five, six or even seven rounds. Professional networking sites have been awash with stories about job seekers frustrated with companies—particularly in the tech, finance and energy sectors—expecting candidates to submit to a marathon of interviews, lunches, coffees and meet and greets without knowing how close they are to the “final” round.

A software engineering manager based in Indiana, made headlines after going public with his experience earlier this year. In the running for a new role after losing his job during the pandemic, Mike Conley made it through three rounds of interviews for a director-level position at a company he felt would be a good fit, until he received an email wanting to coordinate six more rounds. It was then that Conley withdrew his name from consideration and went public with his story in hopes of shedding some light on the issue. With his original LinkedIn post detailing the experience boasting over 2.6 million views, it’s clear Conley was not alone.

Stories like these beg the question, what IS the ideal number of interviews? Is there a middle ground that will allow employers to feel as though they have taken the time they need to fully assess candidates, while still leaving job seekers feeling as though their time and efforts are valued? And, when the process does take longer than is comfortable, how can job seekers determine whether to stick it out, or whether to bow out gracefully?

Even some major companies struggle to find these answers. Google famously revamped their hiring procedures in 2016 after their People Analytics team evaluated data on their grueling interview process, which sometimes subjected single candidates to more than a dozen interviews. The team found diminishing returns on interviewer feedback, and drastically scaled back their process, saving massive amounts of company time and job seeker stress.

That companies are running candidates through the gauntlet today is surprising, given the current red hot job market. Largely in favor of job seekers, this Goldilocks market has employers offering perks like signing bonuses and increased wages to attract top talent. By drawing out the interview process unnecessarily, employers run the risk of losing quality candidates to organisations with more streamlined hiring procedures. Global staffing firm Robert Half released a survey showing that 62% of US professionals would lose interest in a job if they don’t hear back from the employer within two weeks (or 10 business days) after the initial interview, with that number jumping to 77% after three weeks with no status update. Companies also risk damage to their reputation, making it difficult to attract talent in the future. 26% of survey respondents said they would leave a negative comment anonymously on review sites if they felt they were being strung along.

Leading a candidate on, or “breadcrumbing,” is never a good sign from a prospective employer. Though there are a few circumstances where delaying hiring may simply be unavoidable. Final approval for recruitment may be delayed because of shifting bottom lines or unexpected circumstances beyond the company’s control—these things have the potential to make recruitment a moving target. In these difficult situations, communication is key. If an employer is forthright in letting you know they are unable to move forward at the moment, but they are ultimately still interested, they may just be worth waiting for.

If you do find yourself in a seemingly endless gauntlet of interviews, don’t be afraid to ask specific questions about the motivation for further rounds. If there are additional people with which to meet, the request may be valid and worth considering. However, if you’ll be meeting with the same people again, the company may be tipping its hand. It would be appropriate, in this instance to graciously inquire whether additional questions could be answered via email or with a brief phone conversation. After all, many candidates already have jobs or obligations during business hours that might make repeatedly scheduling meetings difficult. Making this request will let the employer know you are far too valuable a candidate to remain on standby forever, which will hopefully inspire action on their part.

Finally, it’s important to know when it may be in your best interest to bow out. If you’ve seemingly aced more rounds than you can count and are still being asked back for meeting after meeting without decisive communication about the final decision, it may be time to move on. Your time and talent is valuable, and such a stressful, ambiguous process to get in the door rarely speaks well of overall company culture.

If you do decide to decline an interview, or pull your name from consideration for a role, make sure to do so with utmost professionalism. You never know what might be waiting around the corner for you; like Mike Conley, who was able to parlay his newfound LinkedIn notoriety into a job as the VP of Software Engineering at a startup after only four meetings. Your next role may be just an interview, or, three away!