The year of the raise 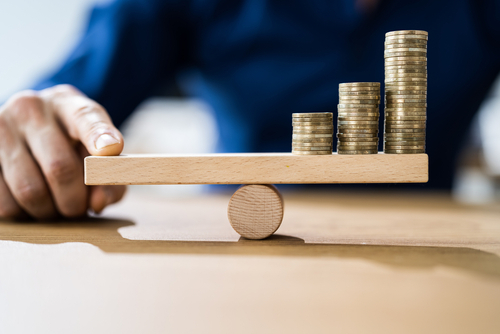 2022 is expected to be a year filled with large scale salary increases, as employers attempt to attract new candidates and retain existing talent. Many Americans are expected to see their biggest pay bump in over a decade. Companies are allocating an average of 3.9% for payroll wage increases in 2022, the largest total increase since 2008.

Data on this impending pay increase comes from a survey conducted by The Conference Board, a think tank who polled more than 229 U.S. companies (half of  them with 10,000 employees or larger) released in early December. These planned increases appear to be broad based and slated for salaries across the continuum, which will result in higher minimum, median, and max ranges.

The push toward higher salaries follows an apparent trend set in motion late last year – wages and benefits rose faster in Q3 2021 than any other quarter on record. In November of 2021 private-sector hourly pay jumped 4.8% compared to November 2020, making it the fifth consecutive month the Labor Department reported wages rising more than 4%.

This impending wave of increases is, in large part, intended to lure workers in a still red hot job market. Demand for workers remains at historic levels, with both the number of job openings and individuals quitting their jobs at record numbers as of November. According to the most recent data from the  Labor Department’s Job Openings and Labor Turnover Summary (JOLTS), vacancies totaled 10.562 million in November. This is only slightly below the government’s revised figure for October, which was 11.091 million. The quits rate for November also came in high at a staggering 3.0%, on par with the record-highs last seen in September showing an elevated number of individuals continue to voluntarily leave their jobs. A record 4.5 million individuals quit their jobs in November.

The enduring labor shortage is driving companies to up the draw for new hires. This is critically important, given that job seekers seem to know their worth in the current market. (The workers who switched jobs between August and October of last year saw a median wage increase of 5.1%, in contrast to the 3.7% increase seen by those who stayed in their current jobs.) But it’s also a significant step by employers to retain existing talent as the pandemic drags on and the sky high quits rate shows no sign of returning to earth.

This multifaceted approach to salary increases, focused on retaining existing talent while attracting new, will be needed for employers to remain competitive. Though it will not be possible for all.  A push for higher salaries across the board is far easier for larger companies to accommodate, while small businesses with comparably smaller profit margins may struggle to match those offers. These employers may need to think of additional benefits and perks in order to remain attractive to potential job candidates. For many job seekers, flexible hours or the ability to work remotely might trump the additional dollars a large corporation may be able to provide – so it could come down to thinking creatively about the role.

So though this seems to spell good news across the board for job seekers and job-havers alike, they may want to hold off on any celebratory shopping sprees. Wages are rising, but so is inflation. And not by a little bit. The consumer price index rose 6.2% from a year ago in October, the biggest inflation surge in the U.S. since 1990. With products included in this index (ranging from gasoline and health care to groceries) at historic highs, nearly four in ten of the companies surveyed in the Conference Board study said inflation factored into their decisions to increase salaries.

There is also concern about rapid inflation driving the dreaded wage-price spiral. This occurs when companies raise wages to combat inflation, because they often must raise prices for consumers to offset the difference. This inevitably leads to, you guessed it….more inflation. Tighter monetary policy is typically the only thing that is then able to break the cycle.

So while the year of the raise may sound good on paper (especially if that paper is a paycheck) it may not be all upside for workers or employers. How rising wages impact inflation, and whether they will have a measurable effect on job demand remains to be seen. We’ll be eagerly monitoring labor market trends to see what story they tell in the weeks and months ahead.