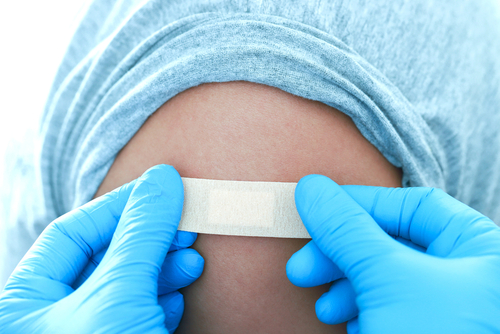 As the Delta variant continues to wreak havoc across the U.S., the Biden administration has taken its most aggressive actions yet toward mitigation of the virus. On September 9th, President Biden announced new vaccine requirements for federal workers, large employers and health care staff in a broadscale effort to contain the latest surge of Covid-19. Said the President, “We’re going to reduce the spread of Covid-19 by increasing the share of the workforce that is vaccinated in businesses all across America.”

The administration’s actions extend to private employers as well. The mandate includes an emergency rule, issued by the Department of Labor, under which all employers with 100 or more employees will also have to ensure their workers are fully vaccinated or tested weekly. This new requirement is expected to impact over 80 million people.

Though the issue has become a political powder keg, from a public health standpoint there is little room to debate its merits. Infectious disease and health policy experts say, though the mandates are unlikely to significantly change infection rates quickly, they will help safeguard the population against potential future waves of the virus, ultimately reducing deaths and hospitalizations and alleviating stress on our already beleaguered healthcare system. Current statistics show over 97% of people hospitalized with COVID-19 are not vaccinated, and non-vaccinated people account for an even higher share of COVID-related deaths.

There is also an economic price to pay by allowing the pandemic to proceed unchecked. There is strong correlation between vaccination rates and labor demand observable at the state level, with states that have high rates of vaccination showing demonstrably higher rates of new job growth.

Despite these factors, employers’ reactions to the new federal mandate have been mixed. For businesses, the issue of vaccine requirements is nuanced and the mandates will most certainly impact some industries more profoundly than others.

In the transportation industry

The transportation industry is one of the loudest detractors of the policy, with leaders claiming mandates could push drivers out of an already struggling sector.  “The biggest problem drivers are having is that they don’t trust the vaccine, they’re scared of the side effects, the government forcing it on them,” said VP of JKC Trucking, Michael Kucharski. There is also the issue of how the mandates could disadvantage larger carriers over firms with less than 100 drivers. Many industry leaders are not anti-vaccine or even anti-mandate, but fear the 100-person threshold could cause drivers who oppose the vaccine may leave their current jobs for smaller carriers if not exit the profession altogether.

On announcement of the new requirements, the healthcare industry was deeply concerned about the potential effects of the mandates on its already strained staff. Employees were given long lead times to prepare in hopes it would prevent the necessity for layoffs. Just this week, Northwell Health, New York State’s largest health care provider, announced that 1,400 employees had refused to get vaccinated and had to leave their jobs, a hit that accounts for just under 2% of their staff. So far the number of workers in New York (a state where requirements do not allow for weekly testing in lieu of vaccination) who have left their jobs is relatively small, and does not appear likely to result in staff shortages that will compromise patient care. Hospital systems in rural areas, where overall vaccine hesitancy is greater, have not fared quite so well, with places like Virginia experiencing large scale exodus of their workforce in response to the requirements.

At least one major company is taking creative measures to boost vaccination rates among staff while ensuring they don’t lose a significant portion of their workforce. Prior to Biden’s mandate, Delta Air Lines announced in August employees would foot the bill for their healthcare plans if they aren’t vaccinated against Covid-19 by November. “The average hospital stay for Covid-19 has cost Delta $50,000 per person,” said CEO Ed Bastian in a memo. “This surcharge will be necessary to address the financial risk the decision to not vaccinate is creating for our company.” This potential hit to the pocketbook appears to be working. As a result of this policy, 20% of unvaccinated employees got the jab in the two weeks after Delta announced the rule, bringing the company’s overall vaccination rate to 78%, and no employees resigned as a result.

United Airlines has an even more impressive 97% vaccination rate among employees, but they are now finding themselves under legal scrutiny. A small group of workers who sought exceptions to vaccine policy under the Americans with Disabilities Act or who required religious exemptions are suing the airline saying they were not provided with reasonable accommodations. United Airlines’ accommodation for people who opt out of vaccinations citing religious or medical reasons is an unpaid leave of absence, which the employees argue is tantamount to termination. This raises the question among employers of how to handle such exceptions, and what constitutes reasonable accommodation at a time when public health may be impacted.

The best shot: Getting ahead

Recent Gallup polling shows that public acceptance of employer COVID-19 vaccine mandates is growing, with a clear majority in favor of the policy. But those who remain opposed to such mandates continue to be difficult to convince, which is a concern for employers across industries in a job market that already favors workers. Retaining talent is a top concern for companies in all industries, and for sectors like healthcare and transportation, can be critical in keeping the country running. While these questions have no easy answers, getting ahead of the requirements and proactively putting plans in place now is the best shot employers have at meeting the federal requirements with minimal disruptions to business.