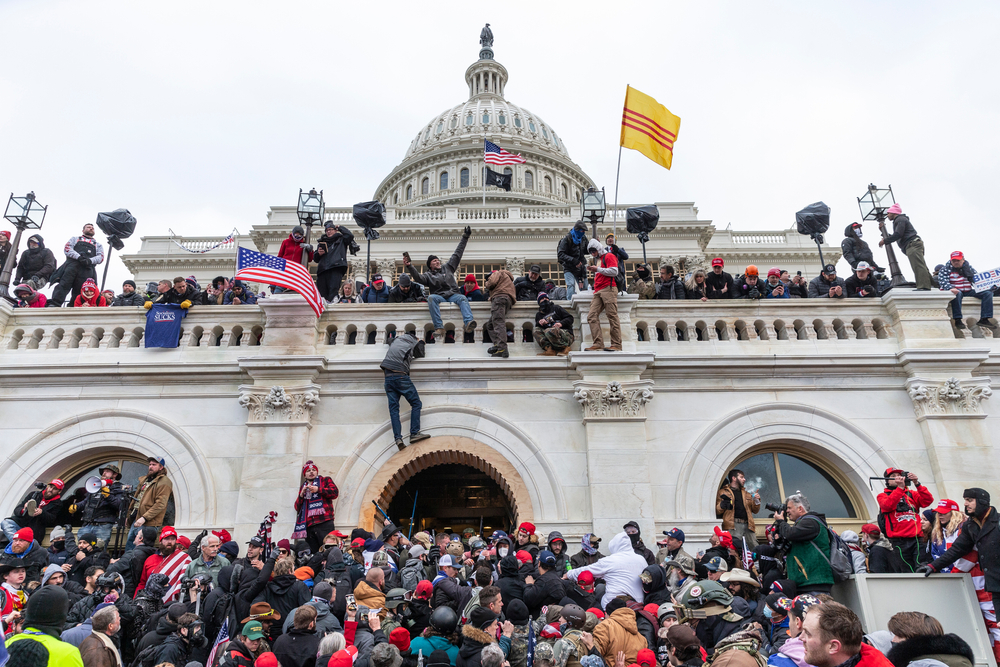 On January 6, the world watched as hundreds of men and women violently stormed the U.S. Capitol building with the intent to block the certification of the Presidential election. Congress members sheltered in undisclosed locations while the group ransacked the building, assaulted Capitol Police Officers and stole property, many proudly posing for photos mid-act and documenting the chaos via social media.

As photos and videos of the violence and destruction circulated, they quickly became a valuable tool for law enforcement to identify those who participated. They also created a precarious situation for companies who found employees among the images.

Stories of employers taking decisive action in dealing with this situation continue to make news. One of the earliest featured Maryland-based direct marketing company, Navistar, who announced the termination of an employee photographed wearing his ID badge inside the breached Capitol building. From a real estate agent in Chicago to an attorney in Texas, companies are swiftly cutting ties with those who were identified as participants.

Thankfully further unrest has not materialized, though the country remains deeply divided. Ongoing political tensions and clashes over unproven allegations of election fraud and pandemic restrictions have many searching for outlets to express their frustrations. But what’s an employer to do when an employee’s political actions directly conflict with company values, or in extreme cases, the law?

Certainly not all participants at the January 6th rally committed a criminal act. But for participants who stepped into the U.S. Capitol unauthorized or committed violent acts on Capitol grounds, they legally may be terminated for their participation.

With most private companies in the United States, employment is ‘at-will,’ meaning that employees may be terminated at any time, for any reason. Exceptions would come in the form of an employment contract, collective bargaining agreement, or other applicable agreement and certain states like New York, California and Colorado have restrictions on a company’s ability to take employment actions based on an employee’s activities outside the workplace. But those restrictions apply to only lawful activities, so employees could be terminated if their actions are proven illegal.

For any criminal participants quick to claim termination represents a violation of rights, the First Amendment actually does not apply to such an instance. The First Amendment does not guarantee an employee’s right to a job with a private employer.

Public employees have more protections when it comes to First Amendment rights. In those situations, the burden falls on employers to prove actions were illegal before an employee may be terminated. From teachers to elected officials, there is a long list of public employees currently on suspension pending investigations into their involvement in the Capitol riots. The military, in particular, is now grappling with how to recognize and eliminate extremism among active duty members and veterans after reports have shown that nearly 20% of those charged in the Capitol riots have served or are currently serving in the U.S. military.

Thankfully, the majority of companies did not have employees involved in the violent acts at the U.S. Capitol. But even without facing such extreme circumstances, there are still important actions all companies should take in the aftermath. As we learned last summer, companies are no longer able to remain apolitical in moments of injustice or collective unrest. The events at the Capitol on January 6th were traumatic for many employees, and employers committed to social justice have a responsibility to denounce those events (whether publicly, internally or both) and provide support for those who may be struggling to deal with the impacts.

It is also a good time to review policies regarding activities and conduct outside of work. Employers should reiterate any anti-harassment policies or standards of conduct with employees, or take the opportunity to restate core values. If such policies have not yet been codified, it’s an excellent time to begin that work. Establishing these guard rails now will better position employers to deal with any future instances of extremism or conduct at odds with company values.